I have changed my views on lots of things and I have started to look at the bigger picture, if something broke in the past, I would choose  a new one and I threw away the old one.  I am making a conscious effort at looking at the broken object and assessing as to the potential for a repair and the costs involved. If the repair is something that my husband or myself is able to undertake, with the help of research and the actual cost and if it is worth our while before making any decisions. 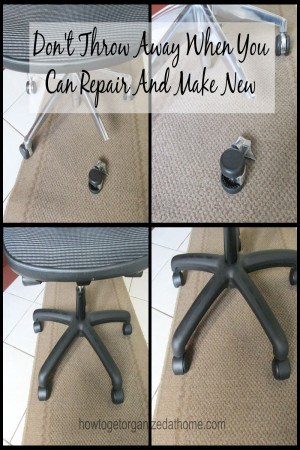 The Broken That Became New With A Quick Repair

We had an office chair that had started to become a danger, the mechanism that holds the chair seat to the metal structure was failing, yet the spider, which has the wheels attached and the gas lifter was still working fine. It was getting to the point where the chair leaned at an odd angle and was extremely uncomfortable and it started not to feel safe.

We were lucky and gifted a broken office chair, one of the wheels had snapped off and broke the spider. However, the chair itself was in very good condition and the idea of creating one perfectly serviceable chair from the two broken ones began.

Unfortunately, it isn’t as easy as some of the images shown on You Tube on how to dismantle an office chair and remove the spider! They say a quick tap with a rubber mallet and the spider will drop off! That is something to hope for but in reality; it didn’t quite work like that.

It took much more force but eventually the swapping of the spiders occurred and the result, one workable chair.

The broken spider ended in the bin, along with the wheels from the gifted chair; these were very weird they would only move if there was a downward pressure on them. This means unless you sat in the chair the chair wouldn’t move and I felt that if I wanted to move the chair to clean under the desk it would annoy me if I couldn’t just push it out-of-the-way.

The seat from the chair we originally owned I have kept for an idea for a future project, but I am unsure as to the finer details of this now, but it is one to watch out for later in the year!

What This One Incident Has Taught Me

I have thought that I was a frugal person and I have shocked myself at the amount of times that I haven’t thought to look at repair and how much an item which might seem broken, could last longer with some attention to item and possible ways for mending.

It has opened my eyes to a completely new world. We live in a society where throwing away is so easy and buying cheap items that just won’t stand the test of time. I want to go backwards in time and think about all those items that I have thrown away when in reality I might have been able to save them. I don’t want to pass on a legacy of how much I have wasted but to show others that I am keen on making better choices about the items I own now and what I will buy in the future.

Therefore, this is one project that was simple and for the most part, it was, however, it has brought something else to the surface and that is something I am looking forward to embracing.

If you looking for more articles on this topic head over to the landing page where you will find links to other posts on the home.

Previous Post: « Fantastic Minion Projects To Complete For Your Home
Next Post: How To Fight Weeds In Your Garden » 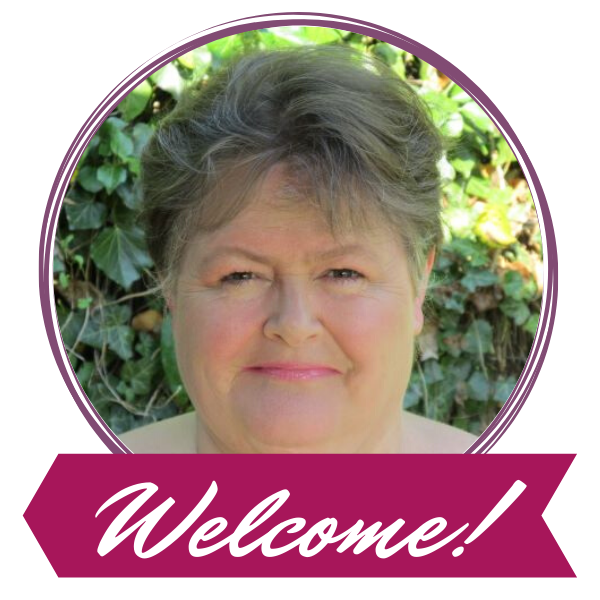 I help busy women organize and clean their homes and lives, so they can feel confident and empowered to succeed in life. Read More…

Search How To Get Organized At Home

How To Get Organized At Home is a participant in the Amazon.com Services LLC Associates Program, an affiliate advertising program designed to provide a means for sites to earn advertising fees by advertising and linking to Howtogetorganizedathome.com (amazon.com, or endless.com, MYHABIT.com, SmallParts.com, or AmazonWireless.com).