I am looking at making things in my home to look good and to make me smile; I want to challenge myself to make the items, which make me cringe and feel embarrassed about and not wanting to use the area because it makes me sad, into happy places. I didn’t want to feel like this in my own home, so the areas that make me feel like this is where I am starting to pay more attention and to come up with ideas which improve them and make me smile again. My cupboard under-the-sink was one of these areas, it just made me feel uncomfortable and I didn’t want to feel like that in my own home. I wanted to improve this area, it made me feel awful when I looked in it; when the cupboard installation happened 11 years ago, the back was left off because of all the pipes getting in the way. In the beginning, I didn’t mind this, it was OK, I could use the cupboard quite happily.

However, recently I saw a spider in the cupboard and I could no longer willingly go into the cupboard. It meant that when anything dribbled in the bottom of the cupboard I couldn’t go in and wipe it up. The spider I know was no longer in the cupboard, but that didn’t matter, it just made me feel unwelcome and I wanted that to change.

I wanted to smile when I opened the cupboard and not want to rip it off the wall! I knew I couldn’t afford this type of change, so I had to come up with an idea that was simple and affordable.

I had been on the lookout for some flat storage solution that I could use that could hold the different items I store under there but also would be simple to clean if something did spill.

I saw these black washing up bowls, they were perfect and what was even better was the price. They were cheap and I knew they would do the job I wanted.

The next challenge was the base of the cupboard, I know a spillage had left a mark and I didn’t want to see that, I wanted something bright and cheerful to greet me when I opened the cupboard door. I knew the answer would be the same style of sticky backed plastic that I used to cover my desk; I wanted something bright and cheerful and I chose a red with white dots paper, this was bright enough to make me smile but not too girlish.

The final challenge before this project could get underway was the backing. I wanted to cover up some of the pipework, I just wanted it to look good and to not let me freak out over a spider invasion. I know one spider doesn’t mean there is one, but it formed from an irrational thought in my mind after the first experience.

I found a back of an old cupboard and I knew this was perfect; it was just what I needed. The trouble I had no idea how it was going to fit into the cupboard, so I left that challenge to my husband and he is such a star he got it to fit.

The cupboard clean and dry so the sticky backed plastic could be laid without any bubbles and the effect was immediate, I had fallen in love with this cupboard again and that was the whole idea of the project.

The supplies that were originally stored under the sink I sorted anything that was old and out of date or empty, thrown away or recycled. The items that were staying in the cupboard were in the storage or in between the bowls. The cupboard doors cleaned and refitted and the cupboard finished.

To recap the products we used:

The whole project took about an hour to complete. I thought it was going to take longer than that and had put it off thinking it was an all-day project.

As with anything that you don’t really want to do, it is sometimes important to stop procrastinating and just get the task completed. The cupboard under-the-sink had become one of these projects that had grown into something more than it was.

I didn’t want to tackle it so I kept putting off the task, increasing the time that it would take and the problems that it would cause. I had managed to build up this project into something that was bigger than it was in reality.

I had let this fear into completing something I wanted to do, take over. I had procrastinated over the task and I had allowed this fear to stop me using something as simple as a cupboard because of fear of tackling the problem. It sounds silly, but in reality we do this all the time, we don’t tackle problems head on, we don’t face our fears because we are afraid.

Being afraid is OK; it is part of being human. What is important is to use this fear to conquer the problem and not to back away. Don’t let the fear define you, take on the fear and challenge yourself to not procrastinate and to make something into a scary problem or into something is bigger than you could ever imagine.

I allowed this fear of a cupboard build so much that I was uncomfortable going into it. All it needed was a few cheap changes and now it is my favourite cupboard and I am contemplating lining the bottoms of all my cupboards! It was an irrational fear and one that I allowed to grow and develop instead of tackling it right at the beginning when the problem first occurred. If you want to read more about time management this article goes into this in more detail.

Therefore, I am challenging myself to tackle those little annoying areas, which I see around my home, the first time I realize that they are annoying me. That fear is not taking hold of me anymore!

If you are looking for more articles on this topic head over to the landing page where you will find other articles on household projects.

What has prevented you from starting a project? 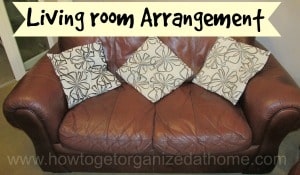 The way you use your living room will dictate to some extent how you arrange your furniture. It is not easy to get the flow of a room right and changing a room around can give you a completely new feel about the room. It is not about decoration but how you choose to place… 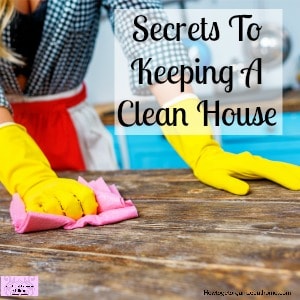 Do you want to understand how really getting your home clean is good for you? Having a clean home will make you feel good, it gives you that happy feeling that you can just sit down and relax! But how do you really get your home clean? Do you feel that other people’s homes are… Do you change your decorations depending on the season? It isn’t something that I have done in the past, we moved a lot when the children were little and it would mean more to pack and move, so changing decorations wasn’t something I had considered until now. I don’t want to move home, but I… 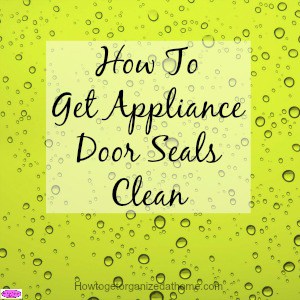 Those seals on the doors of my fridge and freezer are there to haunt me and taunt me; they are always the area that I forget and yet they seem to gather and collect dust and grime just to spite me, I am sure! However, it isn’t as difficult as you might imagine to get… 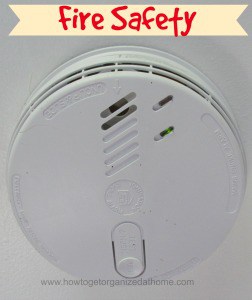 Hi, I'm Sharon, I help busy women clean and organize their homes and lives so they can feel confident and empowered so they can succeed in life. Read more about me here.